Thank You to: Chris Marks

It’s always very exciting to see pictures of Rik I’ve never seen before. Especially when they are from the early days of Alternative Comedy and capturing a moment in time, that was only seen by a handful of people.

So when Chris got in touch and sent me a few photos of what he’d recently found hiding at his Mum’s, from 1980/81? ish, he wasn’t too sure when. I got very excited. He knew there were also other photos hiding in his loft too and said he would dig them out for me. 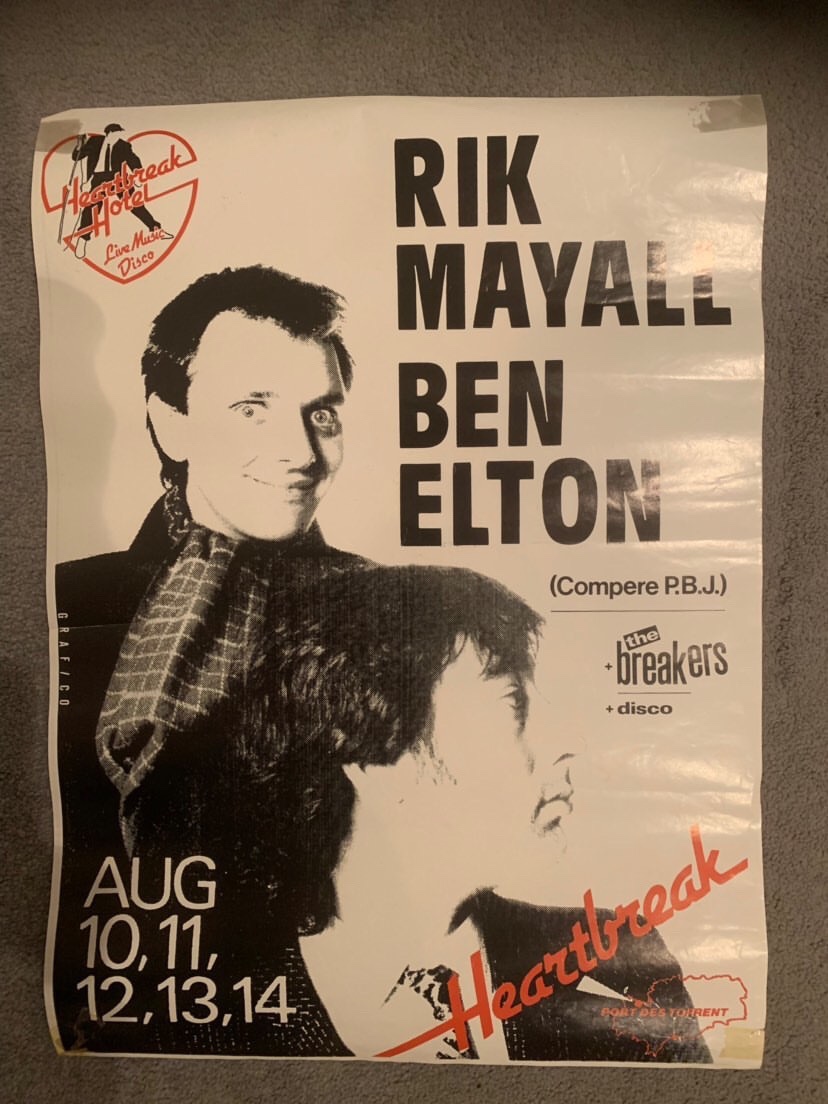 In the early 80’s Chris had gone on holiday to Ibiza with some friends. He’d seen Rik on TV as Kevin Turvey and was also aware that there was a buzz about this ‘Alternative Comedy’ scene breaking out. He saw the poster and thought, let’s go!  He recalls them not coming on stage until about 2am, but thankfully was fit and sober, and glad he stayed. Luckily for us he also had his camera with him, was sat right at the front on the floor with, can you believe only about 20 or so other audience members! Ben performed first, then ‘Kevin’ who stood behind the curtain talking as Kevin Turvey, trying to convince the audience that he was dressed as a giraffe, before then coming out in a rabbit costume, later Rik then stripped off and performed as ‘Rick’. 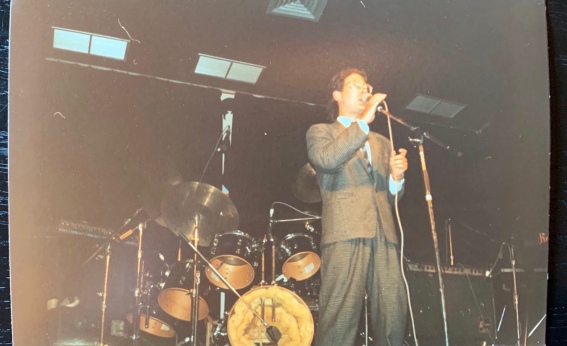 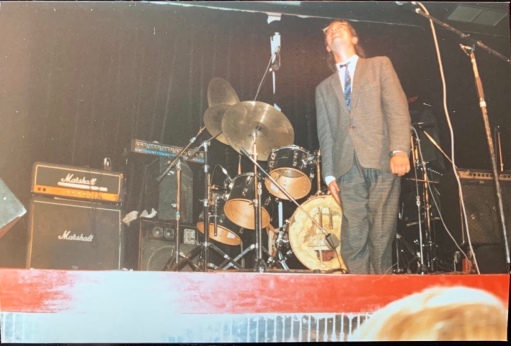 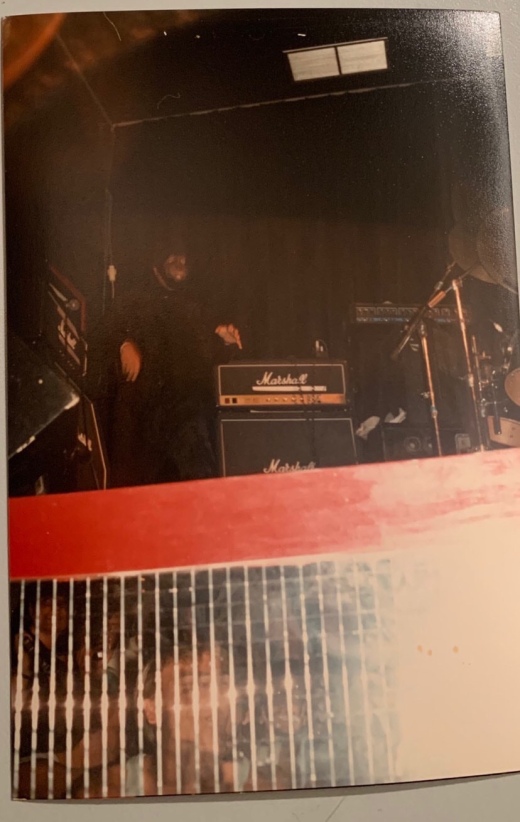 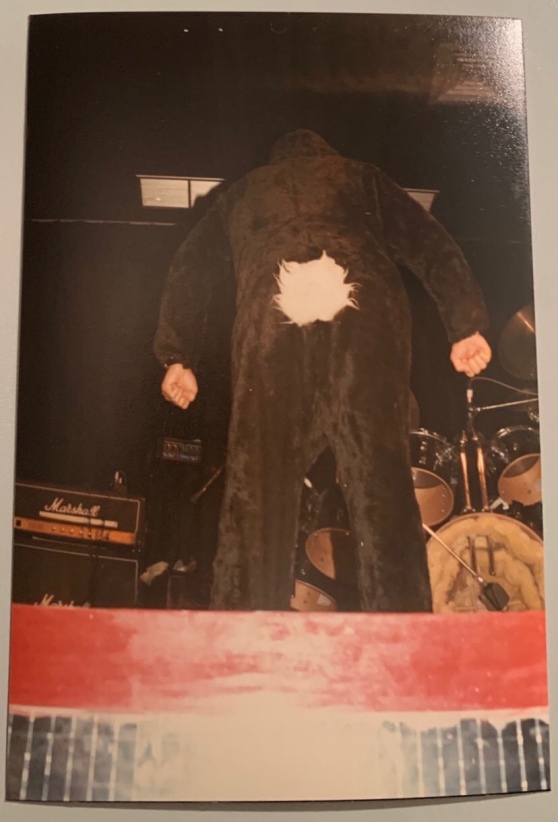 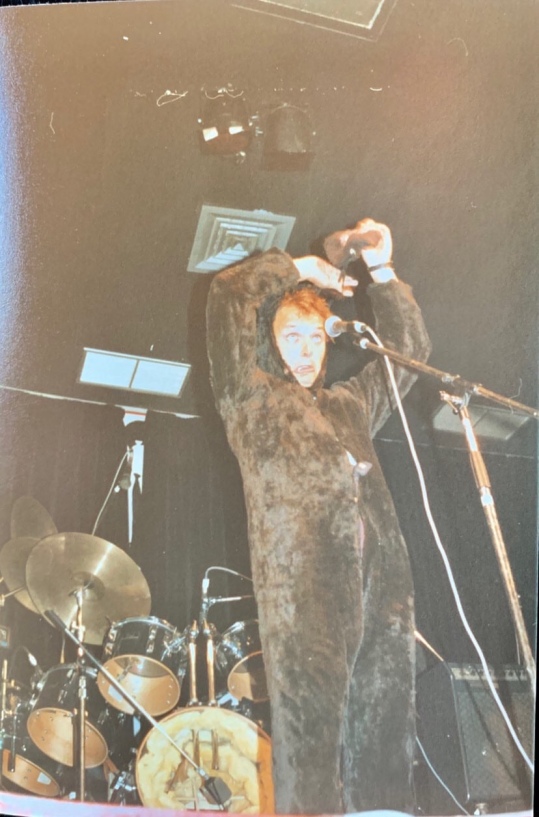 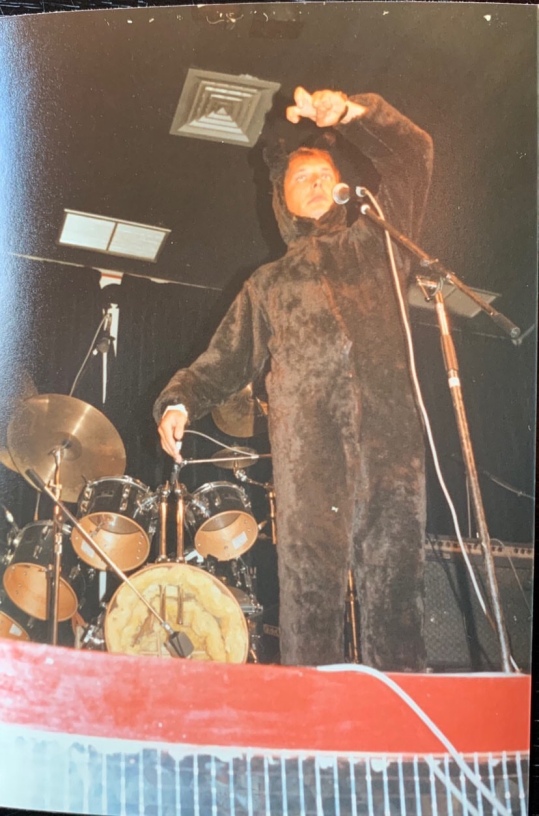 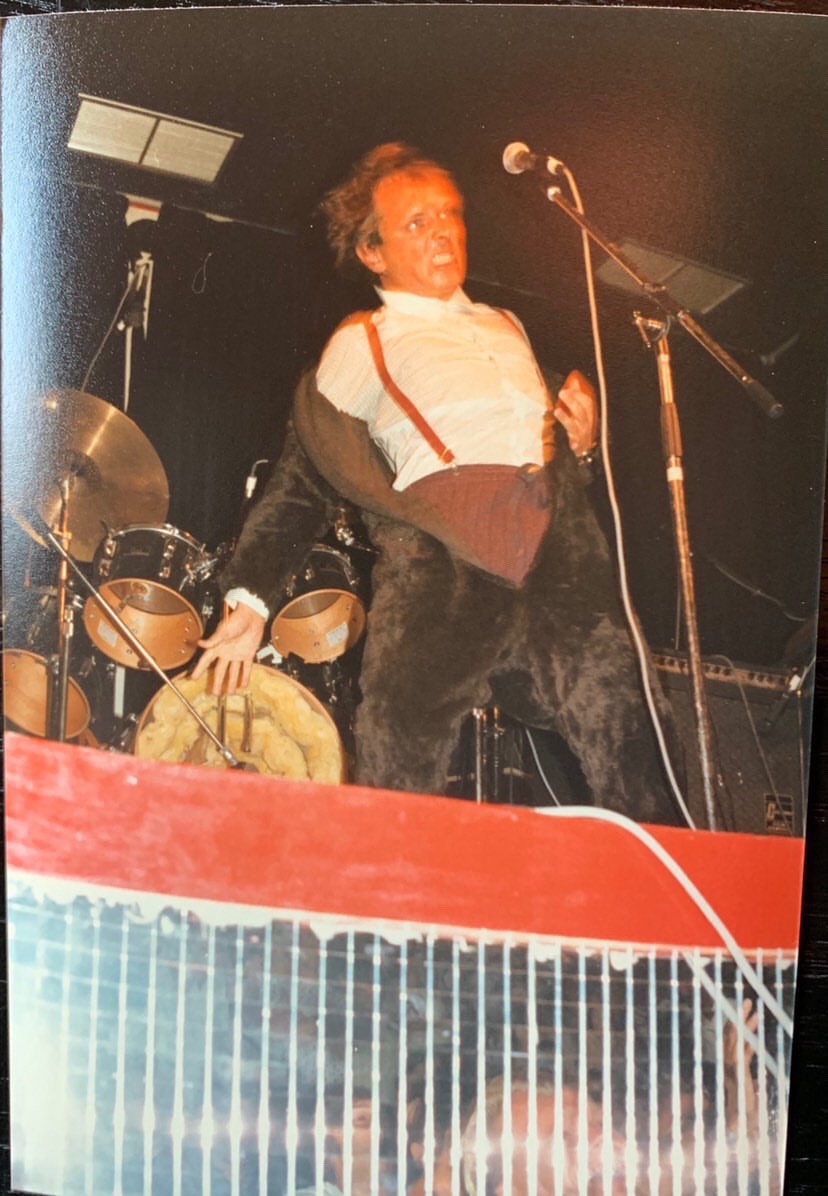 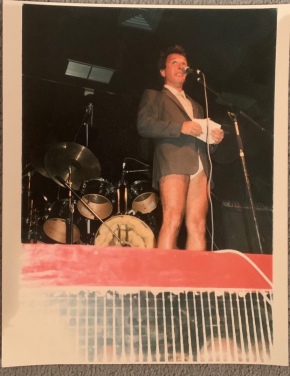 What was Rik thinking, wearing a fury rabbit costume, it was the middle of August in Ibiza. Look at their sunburn!! 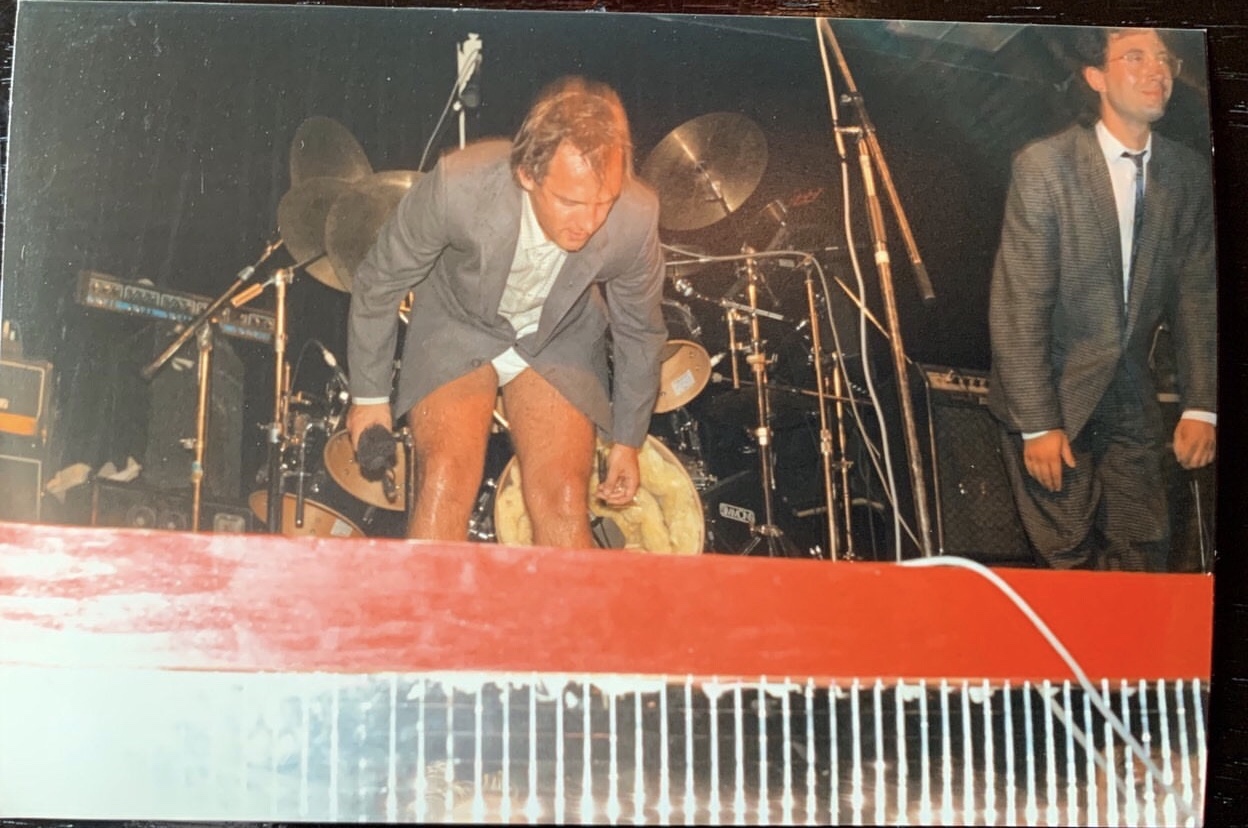 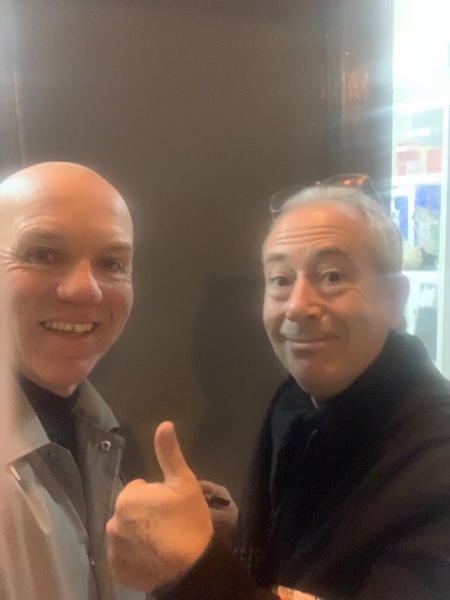 Chris, like me, had tickets to see Ben Elton on his 2019 tour and was planning to take the poster and some of his photos, in the hope of catching Ben before or after the show for him to sign. Chris got lucky again and bumped into Ben before the show – he’d just been to Sainsbury’s for his tea!! Chris told me that they had a good chat, especially about the show in Ibiza, where Ben said it was ‘crazy’ and though it was from 1986. Ben loved the poster and photo of Rik and very happily signed them both for Chris. 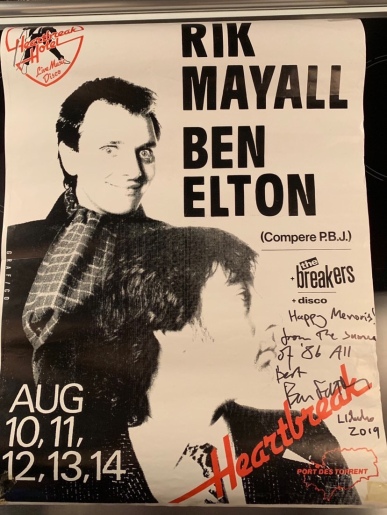 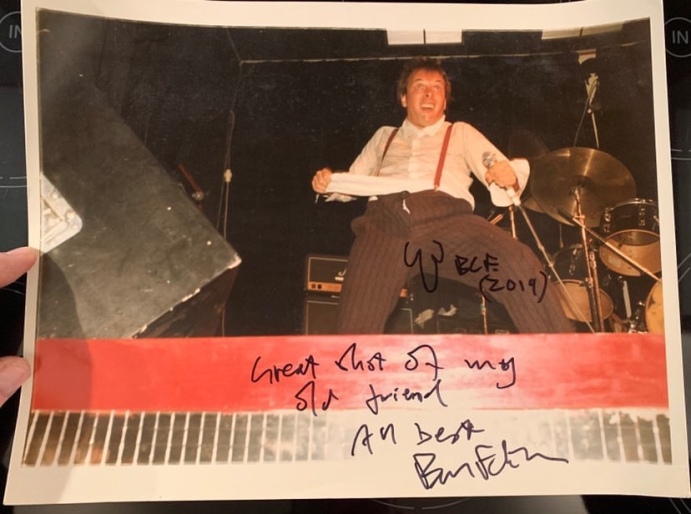 Big big thanks to Chris for unearthing these photos that have been hiding away from view and for letting me share them here for all you fans around the globe to now see and enjoy. 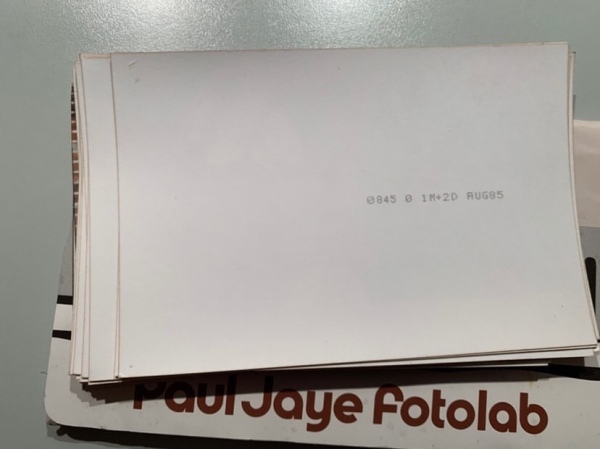 And in case you’re wondering, there on the back of the original photos it’s dated, Aug 85! So Chris and Ben were both wrong.